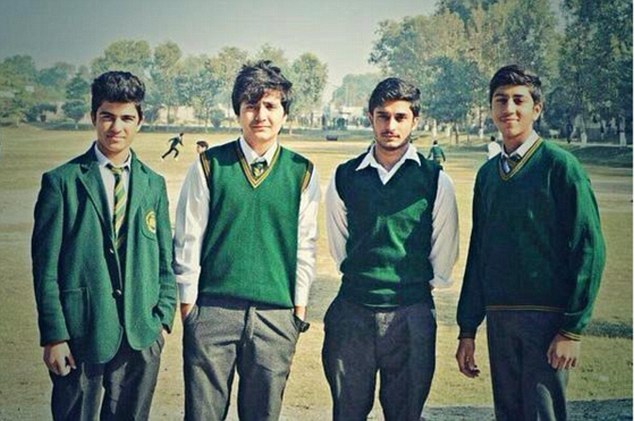 “When you go home, tell them of us and say, for their tomorrow we gave our today.”

It was around 10:30 when the phone rang. It happened on Tuesday. I had been restless that day, when kids left to school, then I had tea, but the cup slipped from my fingers that fell to the floor and shattered. I was unaware of what is happening to me. I was just lying on couch, maybe I was waiting to hear that horrific news. Suddenly, the phone started ringing that the terrorist has attacked Army Public School. Alas! I had no idea that at Army Public School such things could happen. No, I thought that it is Army school and it could not happen there. I was in state of perplexity that what would have happened. Then the phone rang again, and turned my life upside down, and then I rushed toward the school along with my mother.

The whole way I prayed to my Lord, my nourisher that please save my child‘s life. But the damaged had done before I reached to the school. My mother was with me, we got off from taxi near Bara Gate, because the roads were sealed due to this incident. We rushed towards CMH (Combined Military Hospital) by walk, as I was told to reach there, because the dead bodies were taken there, and there was no route open to reach to the school. And how I reached from Hayatabad to CMH, I do not know. I was in a very difficult situation at the moment, because my mother was with me, and she is heart patient and I was also worried for her. I was in such a situation that either I should think of my child or of my mother, because she was unable to walk, but her love for Rafiq was extraordinary, because he was the first grand-child, and the most loving grand-child.

On the way to CMH my mother was talking about Rafiq that he used to tell me that Ammi now you are old, and unable to work, so for God sake, do not do household chores. Just sit and enjoy your life. She was busy the whole way in narrating Rafique’s memory. It seemed that she already knew that Rafiq is no more with us. As I reached near to CMH, I saw ambulances entering the hospital. Everywhere I heard the siren of ambulances. When I entered the hospital, I went into the state of unconsciousness for the time being. I was seeing everything from my naked eyes but was unable to understand that what was happening here. Then after some time I asked about Rafique that where he is? My mother told me that I checked every injured student, but Rafique was not there. Then one of the ambulances enter, brought a dead body of a student, when the door opened so I buried my eyes with my hands, then slowly I saw the face of a slain student. He was very much like Rafique, but he was not Rafique. And that boy was also a handsome boy. And that thing gives me a little hope that Rafique is alive, maybe he is in the school. People were going here and there to find their loved ones. Then I saw a father searching for her daughter and she was a teacher at APS. He came to me and asked me that Beta, have you seen Beenish, my daughter. He was an old man, having white beard was searching for his daughter. On 16th December, the sight of CMH was presenting the view of KARBALA.

I asked my driver to call Yaseen’s and Mubeen’s drivers so that we come to know, where they are. The whole way I was in credulity that Rafique would definitely hide somewhere. I thought that my son is intelligent; he would definitely escape along with his friends. But I did not know that I lost Rafique forever.

Then in hospital, my phone rang with a message from my husband that I found Rafique, but he is no more with us. I was unable to climb the stairs to the second floor of the building where my sweet Rafique’s body was lying. I did not have the courage to reach to that point. It was unbearable to see Rafique’s tender body lying on the floor.   His chin was tied up with the white cloth; I kissed him on his forehead, his cheeks and was telling him that Rafique wake up, but no response from his side. It seems that he is sleeping. And then we brought him in ambulance to home. That was the deadliest day in the history of Pakistan, when little angels were brutally slaughtered. Teachers were burnt alive, kids neck were caught by the sharp blade. In the state of hurry, doctors had stitched the neck of some students along with its ties. Because everyone was shocked that what has happened.

As a Muslim, we believe that everyone will die at their appointed time, but the way those little angels were killed, is unbearable. It seems that every day is sixteenth December. I can still hear that echo of cries of mothers along with me in the hospital, when our young buds were crushed so ruthlessly. Some students were covered with green flags, and their blood stained uniform will never be forgotten. Some mothers were beating their chests with despair in front of their slain kids.

It is very difficult for a mother who desperately searched for her teenager son’s body, and removing shrouds from bodies lined up in hospital where they were first brought. This was the tragic moment that we faced on 16th December, 2014. The whole Pakistani nation was in grief at the loss of school children by the inhuman, barbaric and blood thirsty terrorists. The massacre shocked the country and the nation went into mourning.

As we all know, that death is an unannounced visitor. It is certain to come, seems harsh yet a reality of life. Many people are least afraid of it and others are obsessed of it. For some it is easy to face death while for others it is even difficult to think about it. It shows that the feelings of human keep changing with the passage of time. As we know that, death is one of the harsh and unavoidable realities of life. The world in which we live is ruled by changing circumstances which leads everything to its end point or death. The day a human opens his eyes in this world, he/she has to face death as the end of his worldly life. As Allah says in Quran “Every soul shall taste death” (3: 186) if death is the ultimate end, then why not shahadat? The martyrdom is the supreme death. As Allah says in the Quran, Shaheed is always alive.

And say not of those who are killed in the way of ALLAH, “they are dead”, nay, they are living but you perceive (it) not.

Shazia Abid is the mother of APS martyr Rafiq Bangash. She is a teacher by profession.